FREE TRAINING: Learn how to add $5k/month to your business with digital products!

These show notes may contain affiliate links, which means if you purchase from one of these links I will receive a commission. Please read my full privacy policy for more information.

Episode 56: It’s Not Goodbye: Why We Are Going On Hiatus and How We’ll Be Back Better Than Ever

This episode of The Empowered Business podcast is going to be a little different. I am delivering some news that is sad, but also a little happy in some ways.

This podcast is going to be put on a temporary hiatus.

The story behind why is a little convoluted and outside of my personality. This doesn’t mean it won’t be back, it just means that I need to take a short break from it.  There are a lot of reasons why and I want to be completely transparent with you about this decision.

There have been so many changes in my life and business in the last year, and I need to take some time to regroup and figure out how I want to move forward from here. I usually use a script for my episodes but I am speaking from the heart on this one.

In Today’s Episode We Discuss:

I know this is a lot and it is probably pretty unexpected. I recorded this on a whim because this is what felt right for me and my business. If there’s any message I want to leave you with after this episode, it is that this isn’t goodbye. It’s more of a “see you later.” We will be back for the next season in a few months!

I have a lot of plans to do some searching and learning so that I can come back and serve you better than ever. I’d love to hear what you have to say about this and what you think. You can send me a DM on Instagram here.

You can also get on our email list so that you can continue to get updates on what’s going on in my business, the new programs, and the ways I will be supporting you.

Head over to http://monicafroese.com/listen to listen to this episode and previous episodes on your favorite podcast platform!

Check out The Empowered Business Society 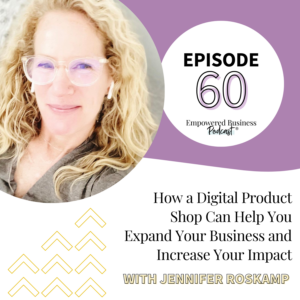 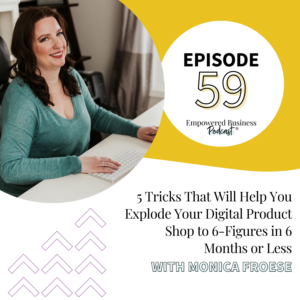 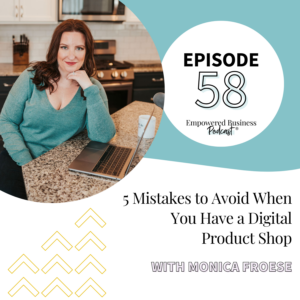 5 Mistakes to Avoid When You Have a Digital Product Shop

Our other brands: Redefining Mom® and Empowered Business™
Copyright ©2020-2023, Froese Media LLC. All Rights Reserved.
Site by Pixel Me Designs